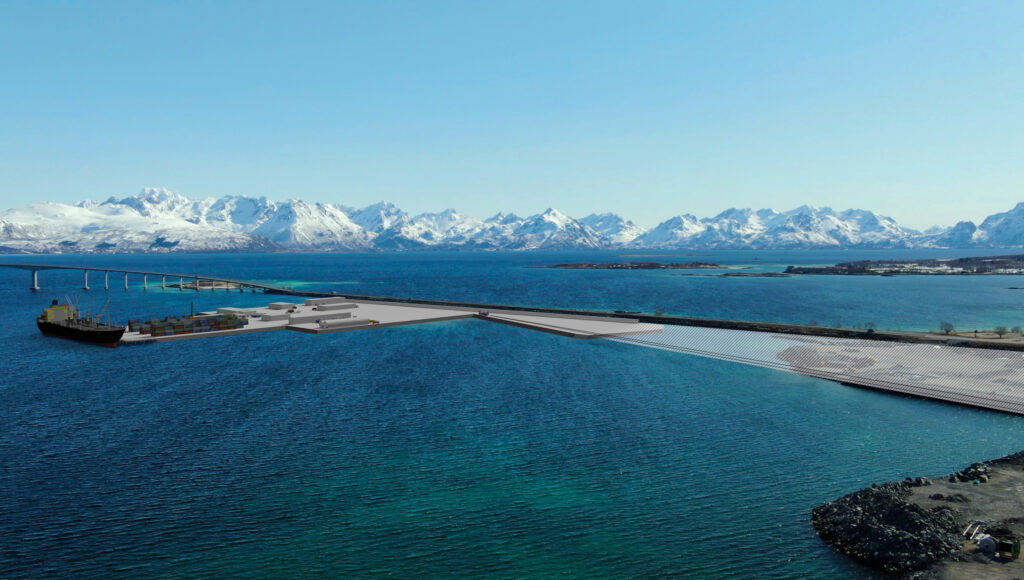 The Port of Hadsel and Plug receive economic support from Enova to build shore power for ships, which will contribute to both lower emissions and less noise.

Both the quays at Skretting, as well as the new Stokmarknes Miljøhavn will be supplied with onshore electricity that makes it possible for the ships to turn off their engines while berthed. This is an important environmental measure for the port and a natural part of the new Miljøhavna. With shore power, both emissions and noise from port activities are reduced. Letters of intent from the shipping companies indicate that they want to connect to a future shore power facility, says operations manager Anders Jørgensen in Hadsel Havn KF.

The facilities will be built in collaboration with Plug, which is the largest shore power company in Norway. Plug has, among other things, built Europe’s largest shore power facility for criuise ships at the port of Bergen. Plug is owned by the renewable company BKK, which aims to be a major player within electrification of Norway. Among other things, BKK is currently building fast charging for cars in Vesterålen and Lofoten. Plug recently announced that they will also build Northern Europe's first fast charger network for electric boats.

The Hadsel facilities will initially supply two ships at Skrettingkaiene and one ship at Miljøhavna. It is mainly container, bulk, cargo and tankers that call at these ports.

- Shore power is an important part of a more environmentally friendly future. It is especially motivating to work with facilities that will ensure shore power to several different types of ships. Flexibility is important to ensure high usage and satisfied customers, says Maria Bos, CEO of Plug.

Ready for next year

Electrification and the transition from fossil to renewable energy is a focus area for Norway, enabling emission-free shipping. The government aims to halve emissions from the domestic fleet and fisheries by 2030.

The construction of the facilities will start as soon as possible, and we hope to have the facilities ready during the next year, says Anders Jørgensen.

There is a market potential to be able to deliver close to 1.5 million kWh / year at the mentioned quays. For every kWh we manage to deliver to a ship, CO emissions are reduced by 0.8 kg.